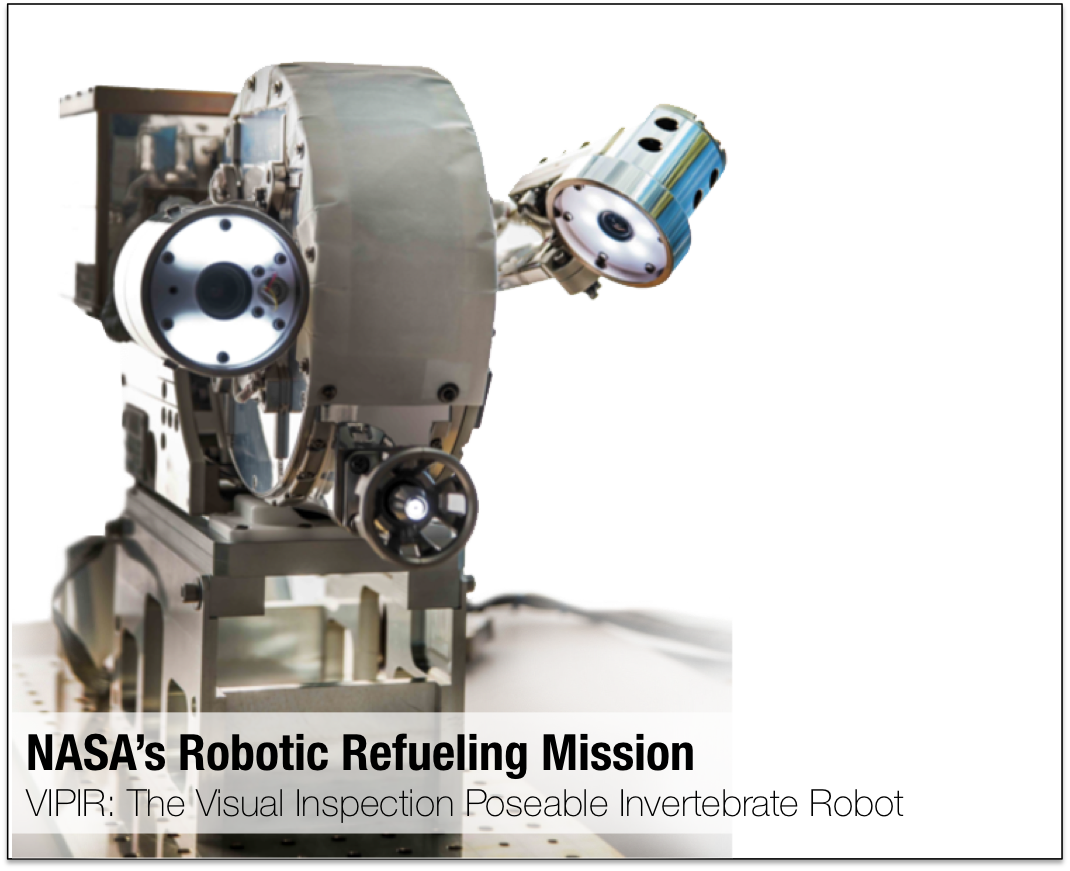 Teams at NASA's Goddard Space Flight Center and Johnson Space Center put on their headsets and trained their eyes on monitors today as the next phase of the Robotic Refueling Mission operations underway on the International Space Station.

The first activity on the list is to command Dextre, the space station's twin-armed Canadian robot, to pick up two essential RRM tools: VIPIR (the Visual Inspection Poseable Invertebrate Robot) and the Multifunction Tool.

Held by the Dextre robot, the Multifunction Tool will be interacting with pieces of hardware on the RRM module to perform satellite-servicing technology demonstrations over the next week. 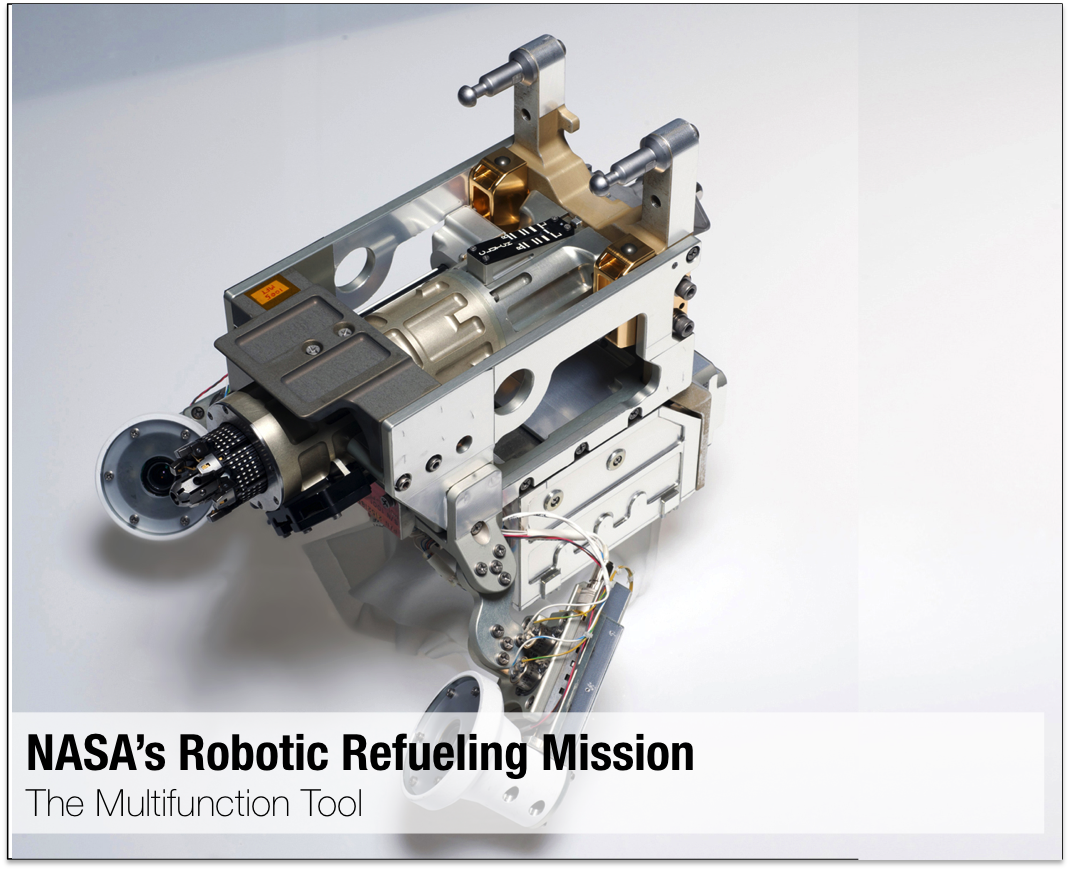 The Multifunction Tool is one of the four original tools that launched to the space station in 2011, safely stowed within the RRM module. True to its name, the tool is indeed multifunctional, capable of connecting with different adapters to perform a variety of diverse tasks. During these October operations, the tool will be working with "new" RRM adapters that arrived on the space station in 2013 and 2014.

While the Multifunction Tool is at work, the VIPIR inspection tool - also held by the Dextre robot - will be providing an extra set of eyes in orbit for mission operators on the ground. 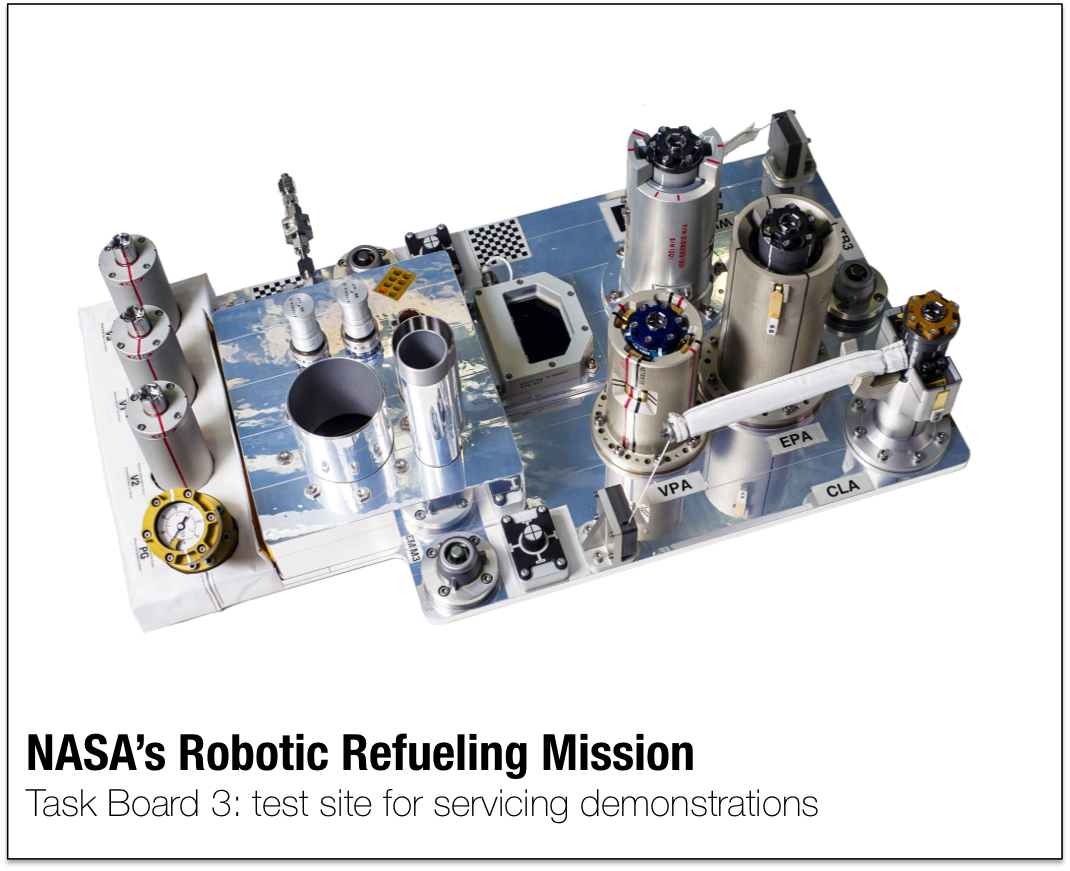 This weekend's activities will focus on robotic techniques that would lead up to replenishing coolant systems in space. Coolant systems are critical to future propulsion and life support systems in orbit. Task Board 3, which was installed on the RRM module in May 2015, will be the scene for this work.

Operations this weekend will demonstrate that with the right set of equipment, a robot can accomplish the tasks leading up to coolant replenishment - such as retrofitting valves and creating a pressure-tight seal. We won't actually be transferring coolant, however, at this time. This transfer is being deferred for a future demonstration, presently in the planning stage.

Check back early next week for a new report on RRM activities!

After a few month's hiatus, RRM will resume operations again on the International Space Station on October 2, 2015. Our team is gearing up!

While we're all waiting for the robotic action to begin, here's a peek at an article and a video that summarize what we accomplished with the RRM hardware in April and May of this year. [Go to NASA Feature}


Operations this month are currently scheduled to take place from October 2-9, 2015. Along the way, NASA will be testing electrical connections for "plug-and-play" space instruments, working with decals that could help operations guided by machine vision go more smoothly, and practicing intermediary steps leading up to coolant replenishment. Finally, NASA will be using the zoom lens on the VIPIR inspection tool to visually examine the exterior of an International Space Station robot. Check back for updates throughout the week!