May 9, 2013 - With robotic refueling checked off in January, the RRM team set out this week to perform what would be the first job of a robotic fuel attendant: cut and peel back the multilayer insulation, or MLI, protecting the satellite components. After two full days of meticulous operations, robot operators successfully showed us how it's done!

If drawing straight lines seems tough enough, Dextre's 11-foot arm kept the small blade at the tip of the RRM Wire Cutter Tool steady for cuts along the tape on three sides of a square MLI panel. Despite a few snags along the way, Dextre was able to successfully cut a flap out of the blanketing. Using the bottom edge of the RRM Wire Cutter Tool's blade, robot operators were then able to fold back the flap and expose the panel beneath. To finish off the night, Dextre guided the flap back to its original position, "wrapping up" the first MLI manipulation procedure attempted by a robot in space! 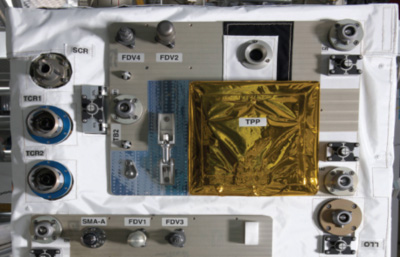 Working with a piece of satellite insulation on the RRM module (gold square), RRM's Wire Cutter Tool will show how these protective blankets can be safely removed.

With just one more day of operations left to put away its tools, RRM celebrates another set of successful operations and the completion of the first phase of the RRM investigation! Stay tuned for more activities as RRM Phase 2—a set of new task boards and an inspection tool—is launched to the space station this summer!

Fixing and refueling a satellite in space is a bit like opening up a gift on your birthday.

Before a robotic servicer can get to the good stuff—the fuel valve, the access ports, the upgradable instruments—it has to cut through and peel back the satellite's shiny wrapping. Called multilayer insulation, or MLI, these protective blankets are held together over the satellite like a tightly tucked patchwork quilt, shielding and thermally protecting the precious cargo underneath.

There's just one a catch. Unlike excited humans, robot servicers are under strict orders not to rip and throw jagged pieces of MLI into the air. Blankets need to stay intact. Satellites need to be re-wrapped once servicing is complete. Most importantly, space needs to stay clean.

The solution? Act like the most tidy of gift-openers: save the wrapping by heading straight for the taped seam.

It's a procedure that's never been attempted by a robot in space controlled from the ground—which is exactly why NASA's Robotic Refueling Mission is tackling the task. In May 2013, the International Space Station's Dextre robot will pick up an RRM tool to show that a space robot can remove a satellite's MLI - accurately, efficiently and neatly. 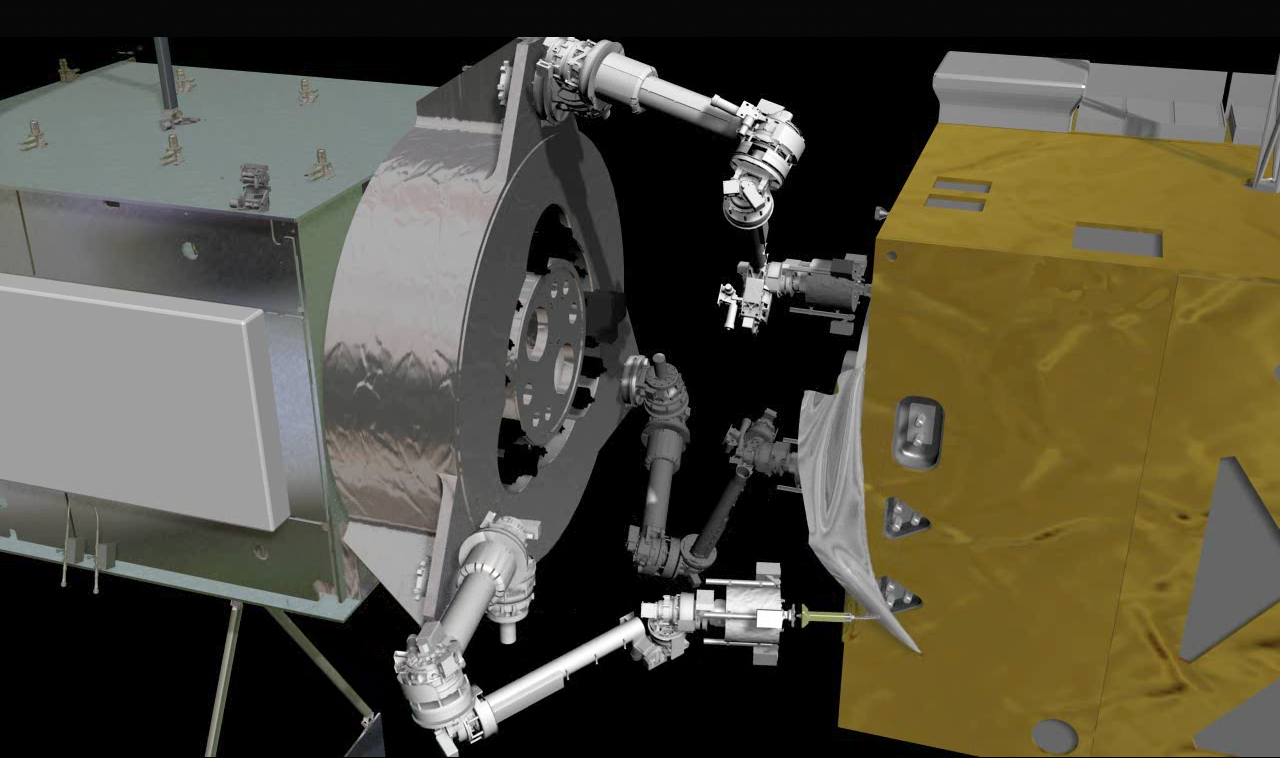 RRM is demonstrating how a robotic servicer could one day release and peel back a satellite's protective thermal coverings (artist's concept, shown).

Here's how RRM overcame each one of the task's unique challenges during the May 2013 RRM operations: 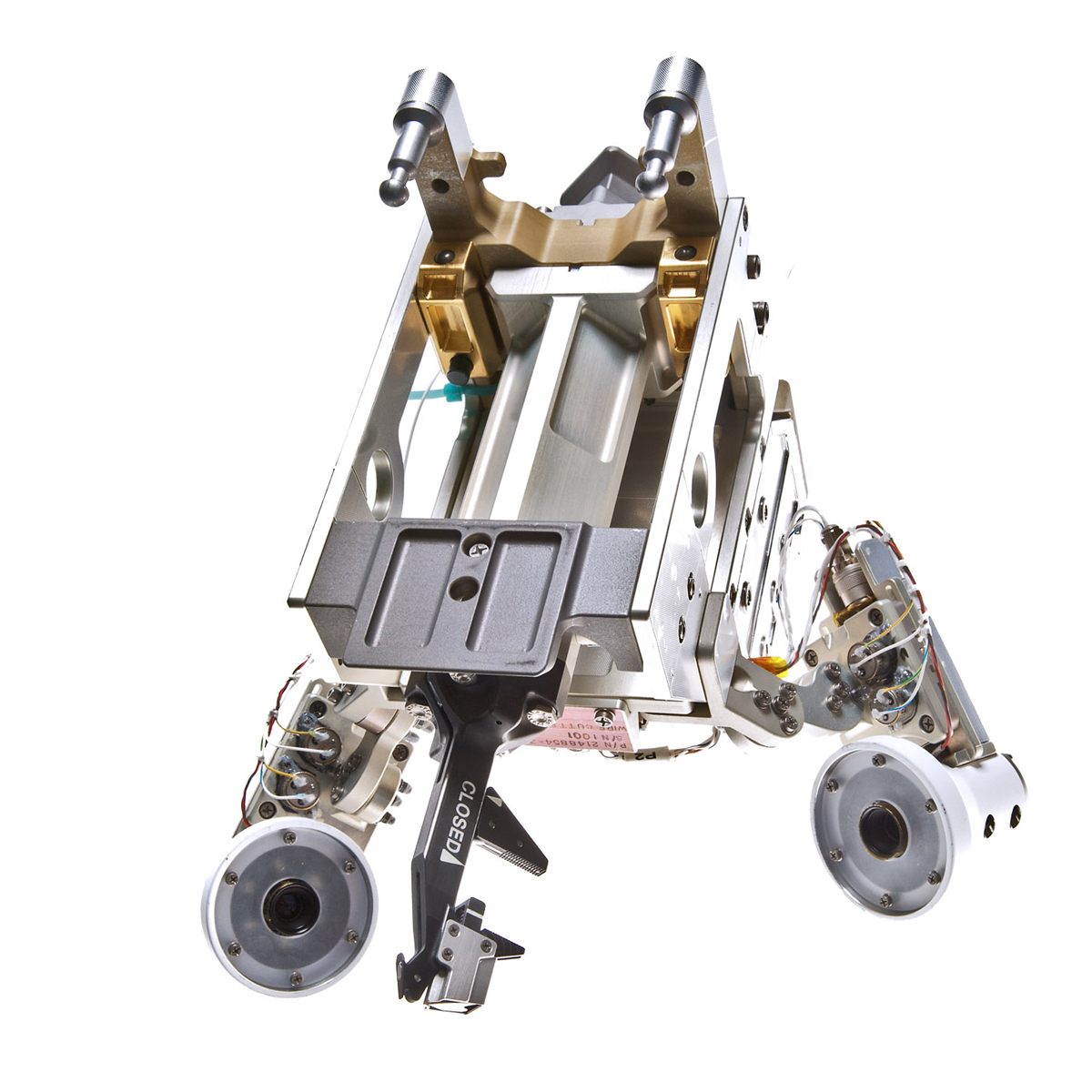 The Wire Cutter Tool's precision and fine-grabbing capabilities allow it to both snip tiny wires and safely move aside delicate thermal blankets. 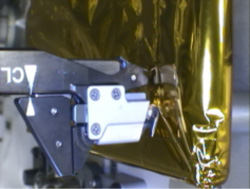 The RRM tool practices piercing and slicing through blanket tape in a test at NASA Goddard's Satellite Servicing Center.