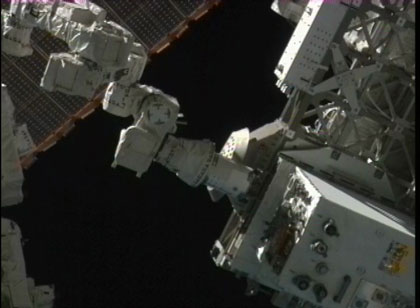 RRM is on the International Space Station. What's next?


Now that the RRM is securely mounted onto the International Space Station, the operations team is demonstrating robotic servicing and refueling tasks using the RRM module and the Dextre robot.


Mission controllers remotely command the Canadian Dextre robot to use four unique RRM tools to perform a range of servicing tasks on the RRM module. These activities include cutting and manipulating protective blankets and wires, unscrewing caps and accessing valves, transferring fluid, and leaving a new fuel cap in place.

At one stage of the demonstration, Dextre uses the tools to open up a fuel valve similar to those commonly used on satellites today, robotically connect to it, and transfer liquid ethanol through a sophisticated robotic fueling hose. The experiment also demonstrates general space robotic repair and servicing operations.

Each task is performed using the components and activity boards contained within and covering the exterior of the RRM module. This marks the first use of Dextre beyond the planned maintenance of the space station for technology research and development. 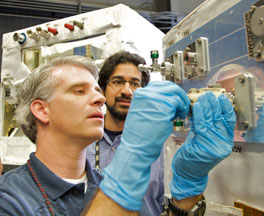 1. Launch Lock Removal and Vision - The Dextre robot releases the "launch locks" on the four RRM servicing tools. These locks kept the tools secure within the RRM module during the shuttle Atlantis' flight to the International Space Station. Then Dextre's cameras image the hardware in both sunlight and darkness, providing data to develop machine vision algorithms that work against harsh on-orbit lighting.

2. Gas Fittings Removal - Marking the first use of RRM tools on orbit, Dextre uses the tools to remove the fittings that many spacecraft have for the filling of special coolant gases.

3. Refueling - After snipping lock wires and removing caps, Dextre is able to access a fuel valve similar to those commonly used on satellites today and transfer liquid ethanol through a sophisticated robotic fueling hose, completing a first-of-its-kind robotic refueling event.

4. SMA (Sub-miniature A) Cap Removal - Dextre removes the coaxial radio frequency (RF) connector caps that terminate and protect the RF connector while the satellite is in orbit. These are known as "SMA (Sub-miniature A) caps." Access to these connectors would allow a robotic servicer to plug into the data systems of a satellite and better diagnose an internal issue.

5. Screw Removal - Dextre will robotically unscrew satellite bolts (fasteners). RRM draws from its experience with the Hubble Space Telescope servicing mission in its use of a small cage to guide the tool tip and ensure that no fasteners float away. 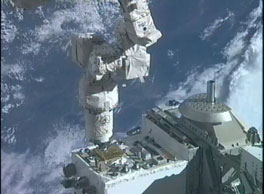 The Earth is the backdrop for RRM Vision Task in this image taken from the International Space Station. Dextre scanned the RRM module in both daylight and darkness to complete this activity. 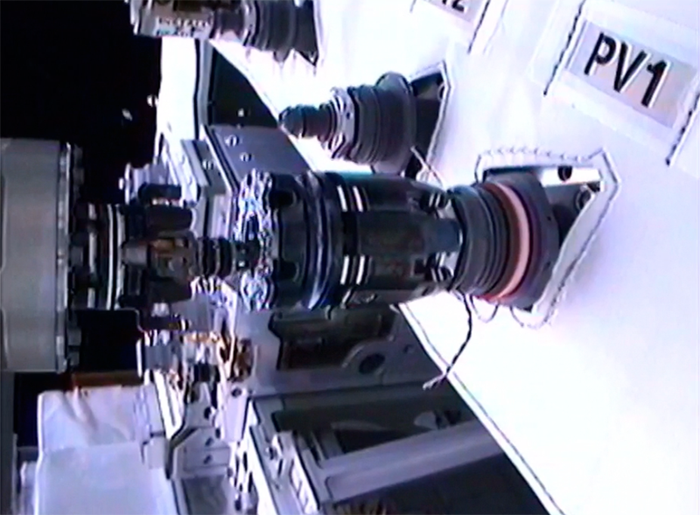 RRM leaves behind a Quick Disconnect fitting, with a harmless spray of residual ethanol, to reseal the fuel valve after its historic demonstration of robotic refueling.