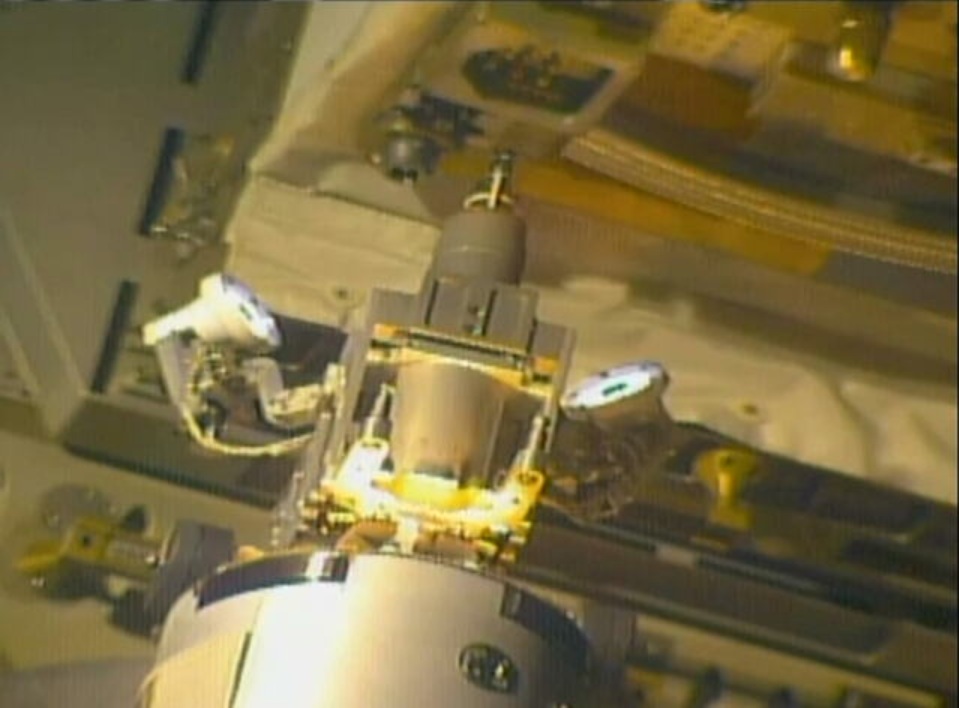 RRM Successfully "Caps Off" First Two Days of May 2013 Operations

May 3, 2013 - The Robotic Refueling Mission set off on another round of satellite servicing tasks on the International Space Station in the late afternoon of May 1, 2013!

Returning to on-orbit operations after the first-of-its-kind refueling in January 2013, the Canadian Dextre robot, under the control of operators at NASA's Johnson Space Center in Houston, TX, picked up two RRM tools for the jobs at hand: the Safety Cap Tool and the Wire Cutter Tool. Once the Safety Cap from the fuel valve—originally stowed within the Safety Cap Tool after the refueling operations—was relocated to its designated receptacle on the side of the module, Dextre was able to customize the tool for the first task on the schedule: remove and stow tiny caps.

With a specially designed adapter, the RRM Safety Cap Tool was able to unscrew, capture, and stow two coaxial radio frequency (RF) connector caps from the side of the module. On satellites in orbit, these caps terminate and protect the RF connector. The ability to remove these "SMA (Sub-miniature A)" caps robotically could allow a servicer to tap into the data systems of the spacecraft and better understand any problems. With access achieved, Dextre stowed the caps in a separate receptacle and effectively dusted off its hands for the next task!

The task that followed: unscrewing small fasteners . Think it's easy? Think again. These seemingly simple operations are critical to many of the services that could be needed by satellites in orbit. But RRM and Dextre show that they are up for the task! 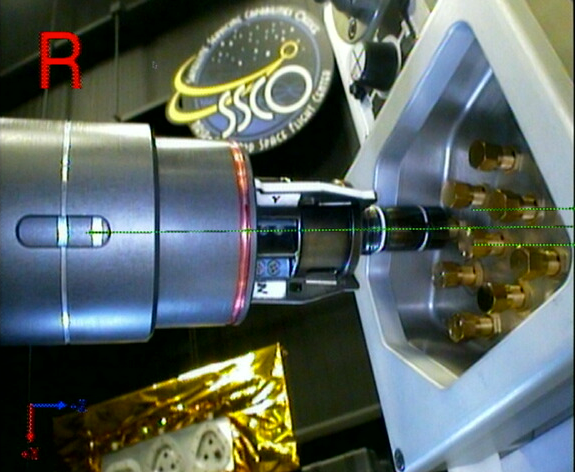 The RRM Safety Cap Tool works with a unique adapter to remove and stow an SMA cap during March 2013 RRM operations. 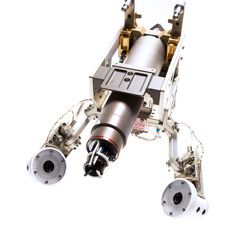 could ever hear are, "We've figured out the problem."


When it comes to satellites in space, sometimes it is hard to determine exactly why something went wrong. Satellites constantly send back data to their ground operators, but sometimes systems fail without indicating where or why the anomaly arose.

One of the ways that a future robotic servicer could diagnose a satellite failure is by plugging into the spacecraft's electrical data connectors. Just like an automotive technician uses a mini computer and cable to talk to an automobile's systems while it is in the service bay, a robot mechanic could potentially connect to a spacecraft in a similar way to diagnose a system problem.

The first step to starting this process would be to remove the coaxial radio frequency (RF) connector caps that terminate and protect the RF connector while the satellite is in orbit. These are known as "SMA (Sub-miniature A) caps."

The RRM May 2013 operations have Dextre holding the Safety Cap Tool (SCT) and a special "SMA Adapter" to show how these tiny caps could be safely retrieved and stowed on orbit. After the adapter pushes onto removes and captures an SMA cap, Dextre and the SCT will deposit the adapter and the cap together into a special receptacle on the RRM module.