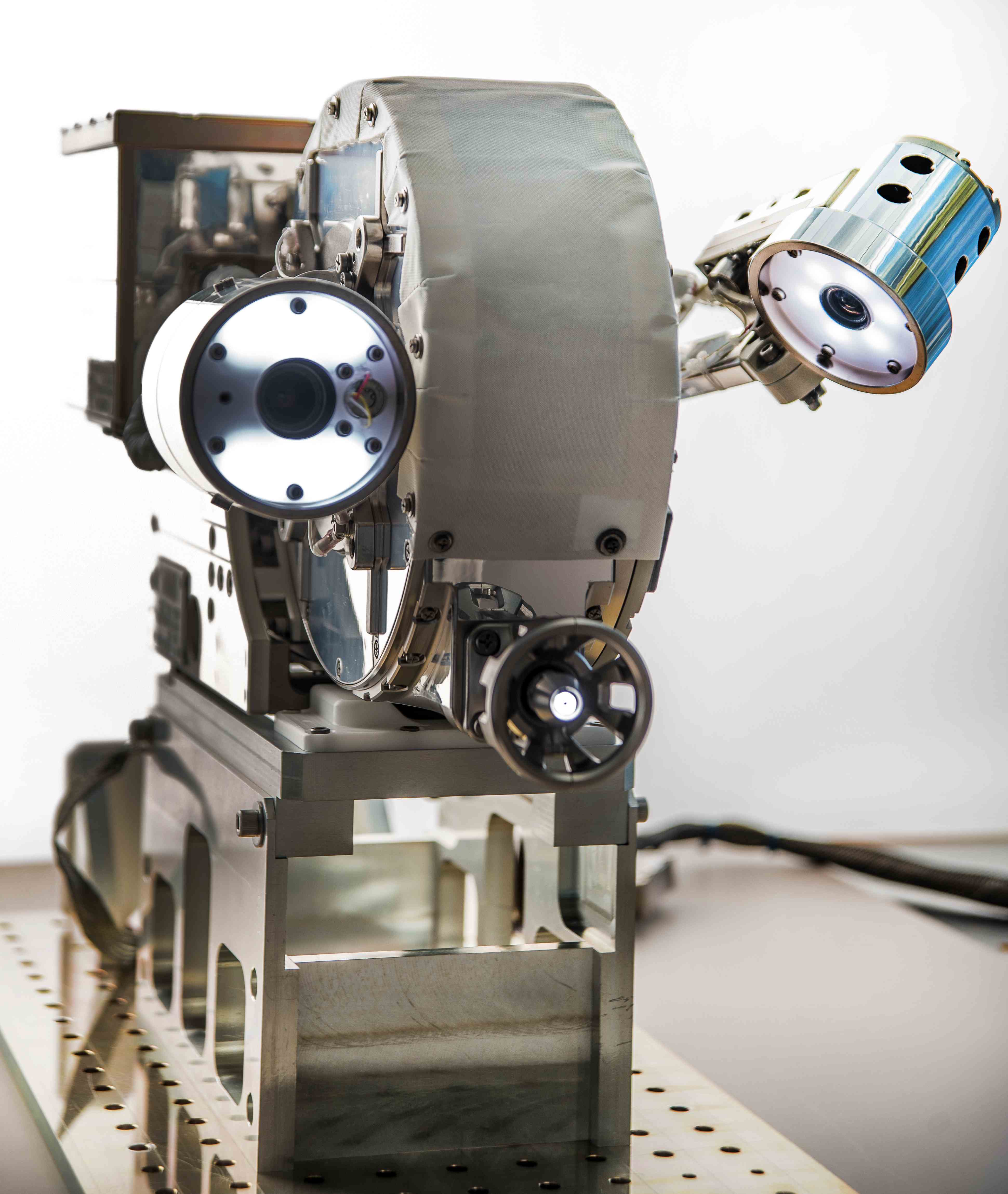 VIPIR, the Visual Inspection Poseable Invertebrate Robot, is a robotic, multi-capability inspection tool designed to deliver near and midrange inspection capabilities in space. Designed and built by the team at NASA Goddard Space Flight Center in Greenbelt, Md., VIPIR is being tested during the second phase of Robotic Refueling Mission (RRM) operations on the International Space Station.

How VIPIR gets where it needs to go: Up to thirty-four inches of flexible tube allow VIPIR to extend and navigate its miniaturized camera through tight openings down to an inch in diameter. Need to take a peek at something above you or around the corner? Mission controllers can command the tip of the tube to rotate up to 90 degrees in four opposing directions.

How it captures data: At the end of the tube's articulating tip is a tiny color camera that measures a mere 1.2mm in diameter, making it one of the world's tiniest cameras, and the smallest camera to ever be flown by NASA in space. Developed commercially, it is typically used by the medical industry for endoscopies and other similar procedures. NASA procured this Commercial Off-The-Shelf (COTS) camera and then tested it extensively with custom electronics to screen it for potential failures that might arise in a space environment. Screening commercial hardware for spaceflight allows for rapid development. 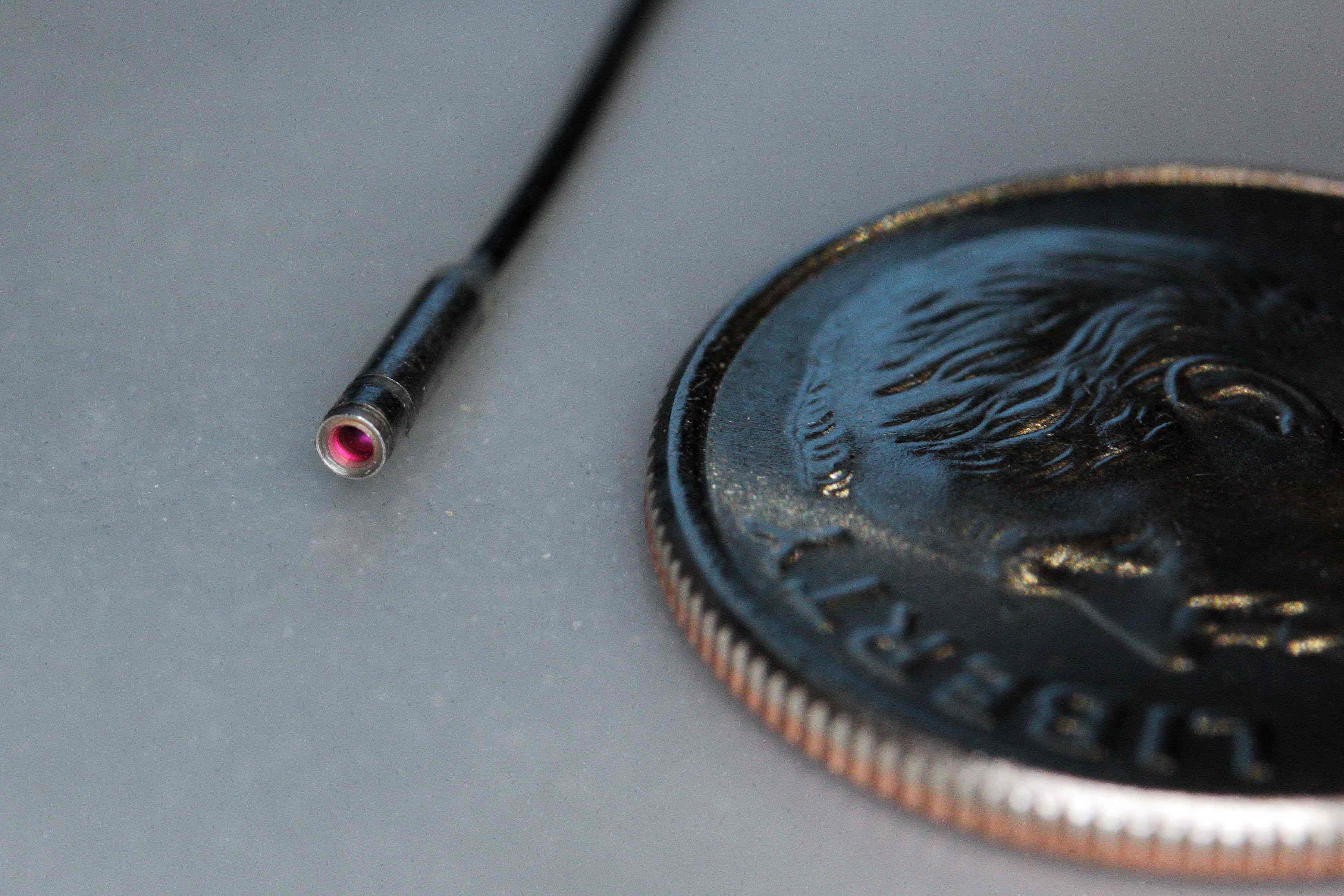 A mere 1.2mm in diameter - the thickness of a dime - VIPIR's borescope camera is the smallest commercial camera ever screened by NASA for use in space. Here, the device is shown next to a United States dime. Credit: NASA/Jon Kraeuter

Camera capabilities: The borescope camera's small dimensions do not keep it from delivering an impressive image. It delivers back to Earth a ~100-degree field-of-view image with a 224 x 224 pixel (0.05 megapixel) resolution. While the number of pixels may sound small compared to today's commercially available digital cameras, which have resolutions on the order of 20 megapixels, this capability is perfect for close-range inspection jobs when the camera is only one to two inches away from its intended target.

llumination: Like any good set of eyes, each of VIPIR's cameras has an integral light to provide worksite illumination.

Zoom a little closer: For external spacecraft inspection, VIPIR also carries a side camera with a miniature, motorized 8-24mm optical zoom lens the size of a roll of quarters.

This lens' zoom and focus capabilities are controlled via two spaceflight-quality motors, a mere one-half inch in diameter, that meticulously meet of all NASA's strict design guidelines - making them the smallest of their kind ever to fly in space. With this capability, mission controllers can zoom in to resolve worksite details as tiny as 0.02 inch - thinner than a credit card. 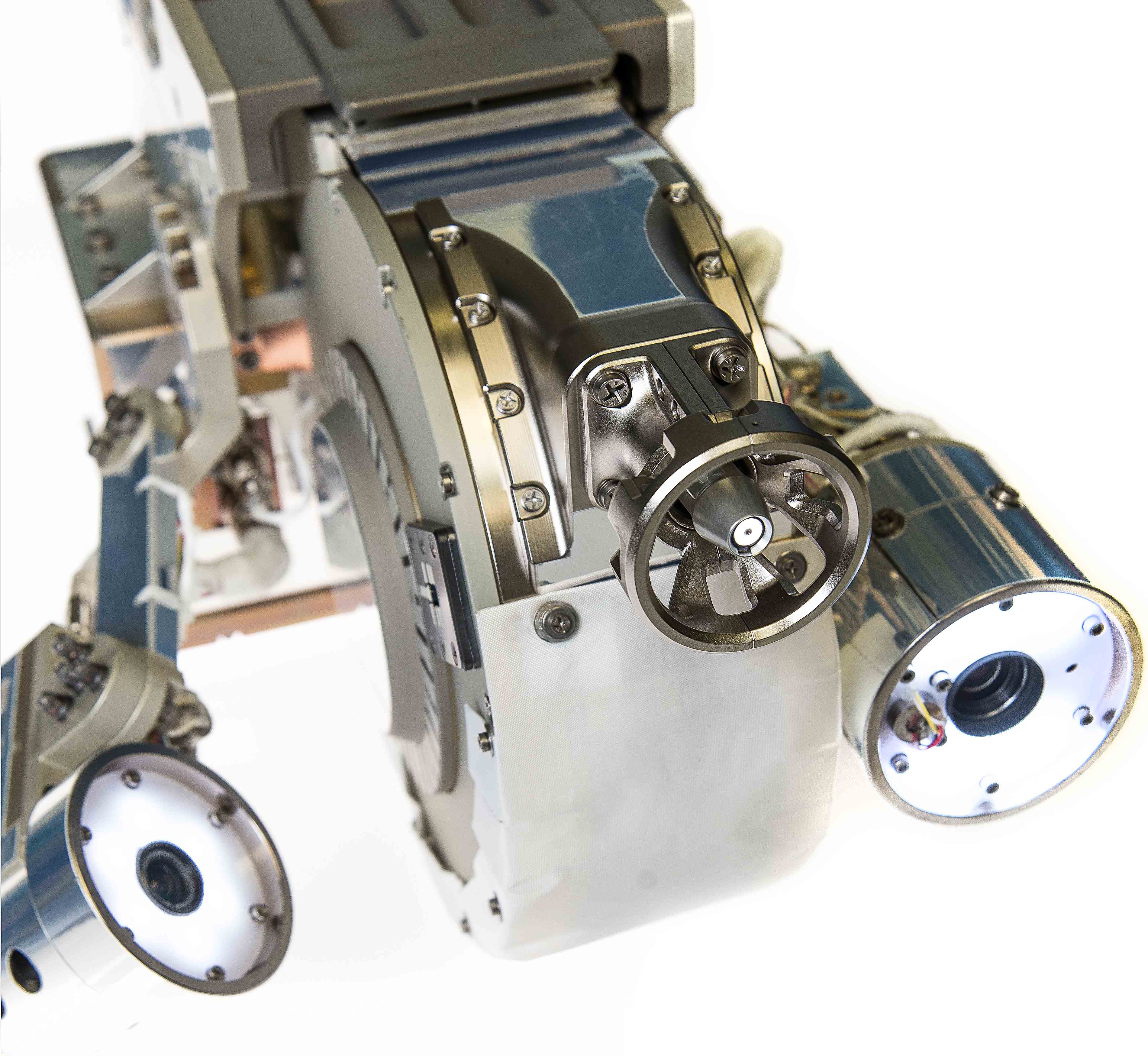 VIPIR with its three cameras (left to right): situational, borescope, and motorized optical

During a potential future mission, mission controllers could use this midrange inspection capability to perform tasks as diverse as examining a micrometeoroid or orbital debris impact site, or inspecting a solar array that failed to deploy.

Getting its bearings. A third VIPIR camera with a fixed 6mm focal length lens helps human operators on the ground control the tool as they deploy the tube and position VIPIR for operations.

What it'll be doing on orbit: RRM exists to test new technologies and capabilities in space. Held by Dextre robot, VIPIR tested its cameras' capabilities in May 2015 by capturing images of satellite parts at various distances on the RRM module. The team also sent the VIPIR borescope camera through a special "decision box" that simulates an inspection activity a robot could perform. On-orbit results are helping the team determine what type of camera system and operational techniques would be best suited for different tasks on potential future missions.

Follow along with the VIPIR video borescope as it makes its way through the RRM obstacle course during May 2015 RRM operations.