The Robotic Operations Center (ROC) is a test bed for satellite-servicing technologies that enable science and exploration.

Through the ROC, satellite-servicing capabilities systems are tested and refined before they launch to space.

How the Facilities Work

The two special facilities at NASA's Goddard Space Flight Center answer the question: "How will it work in space?" The Robotic Operations Center and the Servicing Technology Center act as incubators for satellite servicing technology - rooms where space systems, components and tasks are put to the test in simulated environments, honed and refined, and finally declared ready for action in orbit.

Operating under the mantra of "test, test, and retest," these Earth-bound facilities use industrial robots, a motion-based platform, and customized algorithms to create simulations of space operations on large and small scales.

Capabilities range from simulating a robotic arm servicing a satellite in space, to practicing how a satellite would approach a object (such as a client spacecraft or a rotating asteroid), to seeing how fuel sloshing in a tank or thruster firings would affect a satellite's behavior in microgravity. Mission developers use the facilities' data to fine-tune systems, controllers, and systems for optimum performance and environment interaction. 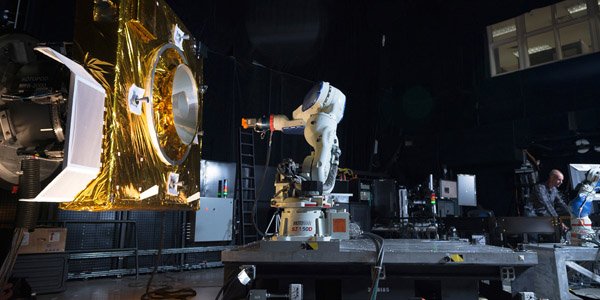 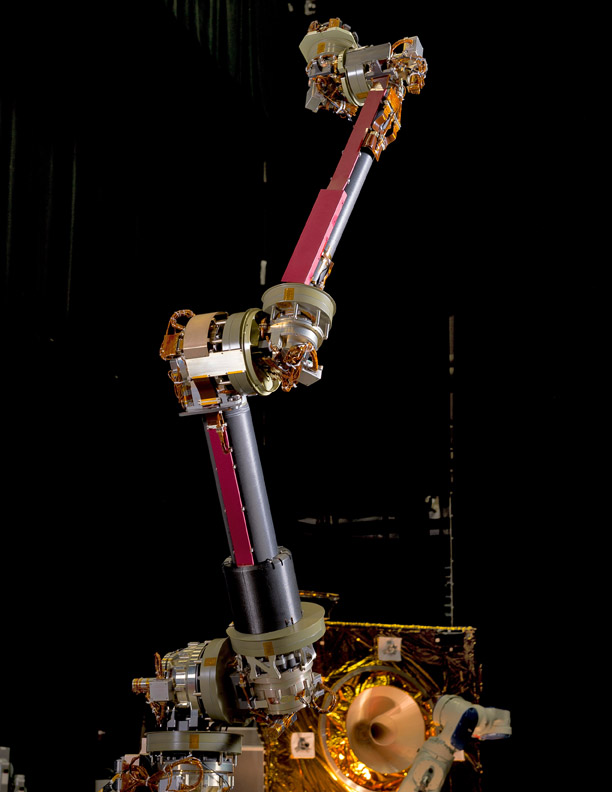 Testing an early version of the NASA Servicing Arm within the ROC.

Building on Past Achievements

In 2011, personnel from the West Virginia facility worked with researchers from NASA's Langley Research Center to start to develop procedures to construct a large rod and joint simulated space structure that could be used as a telescope mirror platform. Learn more about this "Giant 3-D Space Puzzle"

What Makes Them Unique

The Goddard facilities are more than just simulation labs - they are development centers and technology test beds all in one.

Unlike labs that rely on two-dimensional air floors and gravity off-load systems to perform simulations, the facilities use a three-dimensional dynamic simulator powered by industrial robots and a motion-based platform that offer a wide range of motion and dexterity. This allows facilities to deliver large- and small-scale simulations with both mockups (models) and actual flight hardware.

The Robotic Operations Center, or ROC, is the newest facility for satellite servicing development. Within its black, curtain-lined walls, the team is testing technologies and operations for multiple exploration and science missions, including the OSAM-1 mission. The ROC has been continuing and expanding the work of the Servicing Technology Center since the summer of 2015, and houses multiple robots including a hexapod robot which simulates the movement of a satellite in space. 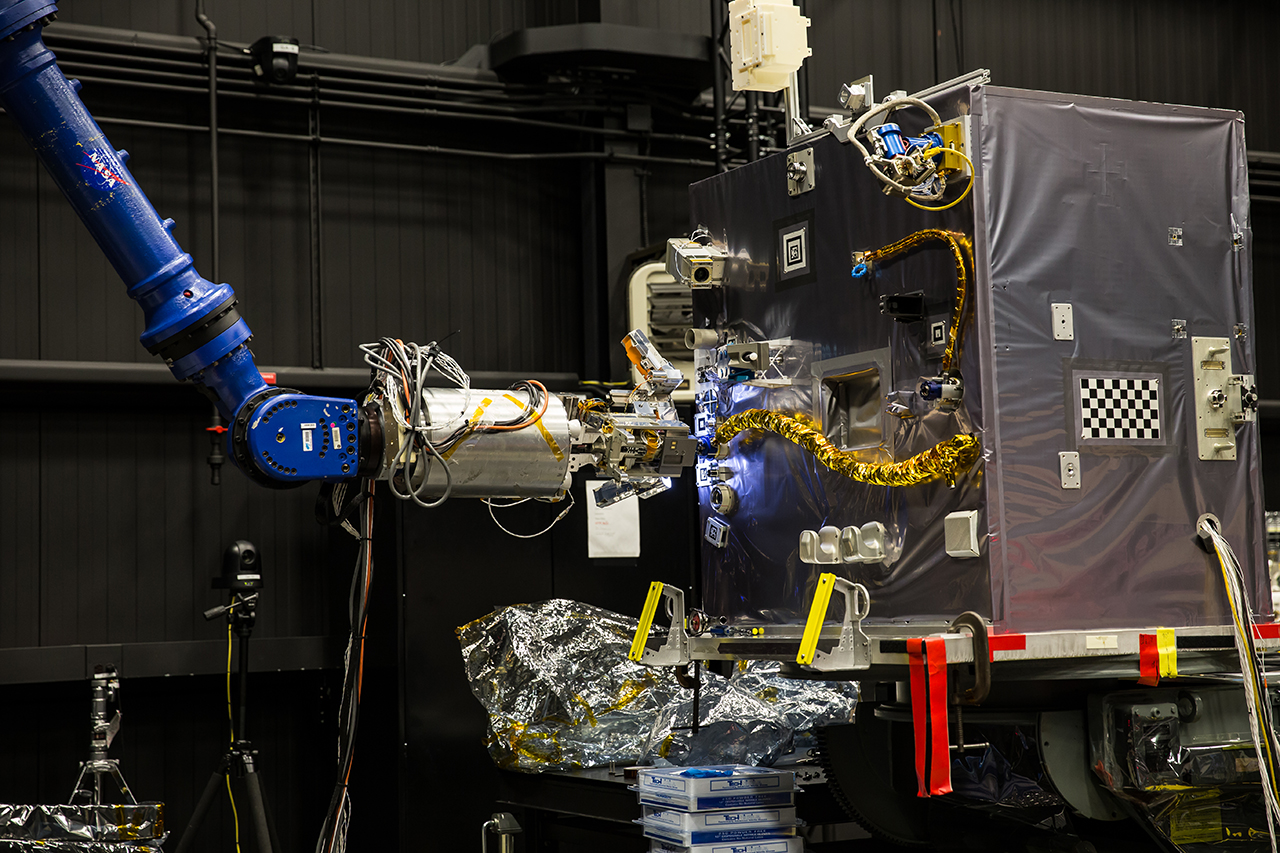 The Servicing Technology Center, or STC, has served as a home base for the technology and operations development since 2011.

In particular, the team relies heavily on the STC facility to develop, integrate, and test elements of NASA's Robotic Refueling Mission, or RRM. Since 2011, this International Space Station experiment has been demonstrating robotic satellite-servicing tools, technologies and techniques. From the precise placement of cameras on the tools to robotic procedures and hardware development, the STC plays an essential role in RRM development, and is continuing to support RRM's on-orbit operations on space station.

The Servicing Technology Center also served as the command center for 2014 Remote Robotic Oxidizer Transfer Test, an event that demonstrated new technologies and tools to transfer propellant in space. 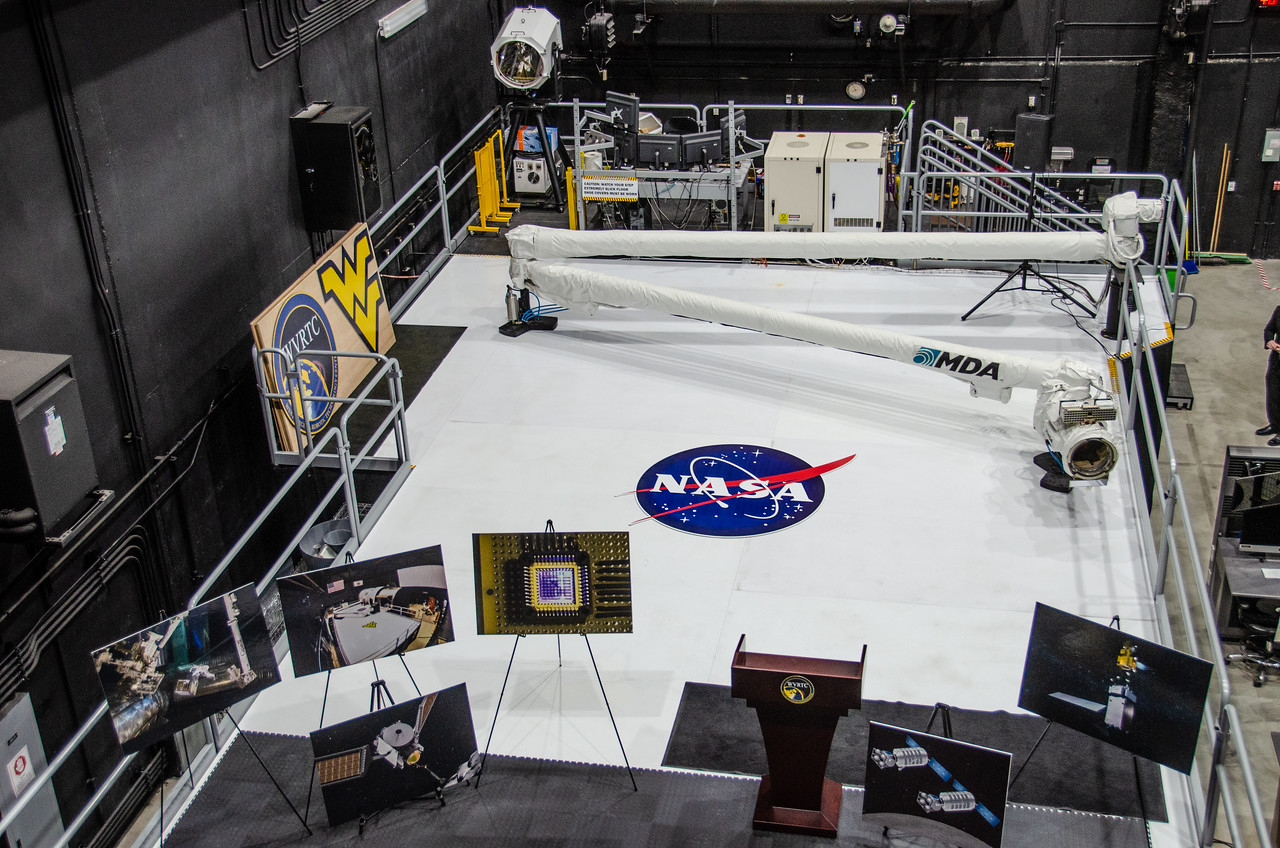 The team works closely with the West Virginia Research and Technology Center in Fairmont, W.Va. Their facility is characterized by dark walls, a combination of industrial and space-qualified robots, and full-scale "mockups," or models, of space vehicles. The WVRTC focuses on developing and evaluating emerging technologies.