How Would a Robotic Servicer Navigate to Its Client?

Imagine two spacecraft steadily drawing closer to each other in space, swiftly slicing through the darkness at speeds exceeding 16,000 mph...

One is an aging satellite that needs more fuel to continue its operations. The other, a fully robotic servicer spacecraft named OSAM-1, is there to deliver propellant.

Everything hinges on the servicer's ability to accurately locate, close on, and ultimately match rates with its client satellite. Time delays in human communication, calculation, and commands, however, prevent ground controllers from directing the servicer quickly and precisely enough to execute the final capture phase of the rendezvous. 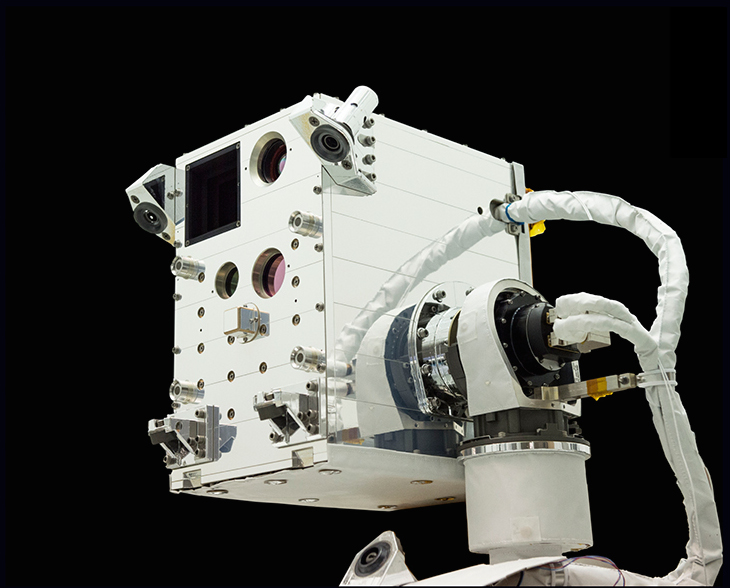 To succeed, OSAM-1 needs an relative navigation system — a collection of cameras, sensors, computers, algorithms and avionics that join forces to independently track the client satellite at different ranges — all in real time.

Once this system visually locks into the client, it can safely "guide and drive" OSAM-1 through precise rendezvous maneuvers with its client satellite.

NExIS is working to advance the technologies for such an autonomous relative navigation system. This same system could be adapted and applied to support missions involving rendezvous with other objects, including planetary bodies and spacecraft.

NASA also plans to use this system for the robotic vehicle of the Asteroid Redirect Mission.

Raven, which launched to the space station in 2016, test key elements of the autonomous relative navigation system. Raven draws heavily from its predecessor, the ground-based Argon test bed, described below.

Before there was Raven, there was Argon: a NASA-developed, ground-based demonstration module that helped to rapidly mature - as an integrated system - the individual sensors, algorithms, and system technologies a spacecraft would need to perform rendezvous and proximity operations (RPO) at multiple ranges.